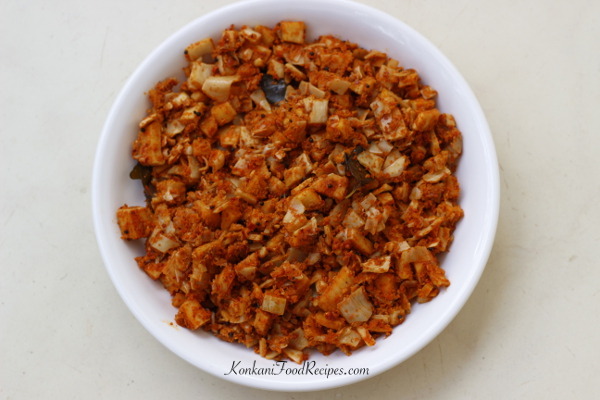 Monsoon rains bring spikes of tender bamboo shoots. About 3-4 year old bamboos have a new shoot arising from the underneath root-system above the ground. Within a few weeks these bamboo shoots grow a few feet in length above the ground. Tender bamboo shoots within 2-3 feet in length are edible & are eaten as a vegetable.  When a young, cone-shaped new bamboo shoot just appears above the ground surface, it is chopped off from its root attachment, generally using a spade. It is consumed as a delicacy. Some of important edible species widely prevelent are Bambusa bambos, Bambusa tulda, B. polymorpha, B. balcooa, Dendrocalamus hemiltonii, D. gigentius, Melocanna baccifera, Bambusa vulgaris and Phyllostachys edulis.

On its exterior, bamboo shoot has several layers of tough casing of leaves, firmly wrapped around its central cream-white heart which is the edible portion of bamboo shoot. It is crunchy in texture, and has mild yet distinctive flavor. Once boiled and cured, it however, acquires almost a neutral taste.

In Karnataka, bamboo shoots are used as a special dish during the monsoons (due to seasonal availability). It goes by the name kanile or 'kalale in Kannada. And are known as kirlu in Konkani.

Konkani cuisine includes various delicacies using fresh bamboo shoots. Tender bamboo shoots once are chopped off have a very limited shelf life. They start to go bad within 4-6 days. Hence, they are pickled/cured to be used throughout the year.

Fresh tender bamboo shoots are available only for the first few months of monsoon every year. And the only way to have ample of them throughout the year is to preserve them by curing/pickling. Season’s glut is thus preserved in brine for years to come.

Fresh bamboo shoots have to be consumed only on cooking or on pickling. You can’t & shouldn’t eat them raw. Raw bamboo shoots contain (cyanogenic glycosides), natural toxins. Cooking, pickling destroys these toxins.

Even before you cook fresh bamboos you have to keep pieces of bamboo shoots soaked in water for two to three days, where the water is drained and replenished with fresh water each day to extricate and remove toxins.

Tender bamboo shoots that are collected, are defoliated, soaked in water for 2-3 days, then are boiled in water to remove its bitter taste after which it is ready for consumption, to go into a dish. The water used to cook fresh bamboo is discarded as it tastes bitter & unpleasant. These tender fresh bamboo shoots are then used in cooking.

These fresh tender bamboo shoot pieces are then used to make various dishes like:

2. keerla ambade ghashi (a coconut based curry with bamboos and hog plums),

3. kirla ghashi with mugu (bamboos in a spicy coconut curry with green gram).

Konkani cuisine has it's set of tender bamboo shoot delicacies.

5. suyee ghashi (coconut based curry) from the pickled bamboo shoots. 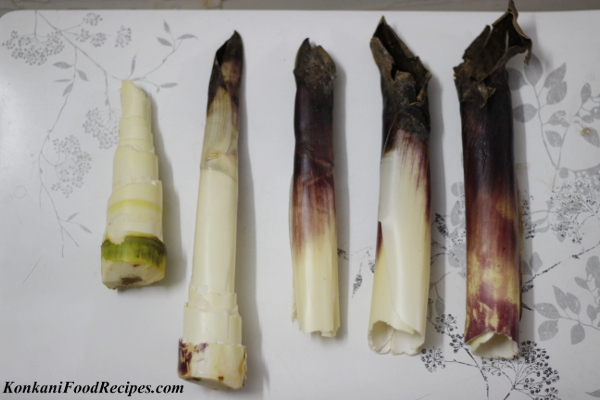 The outer layers are discarded. 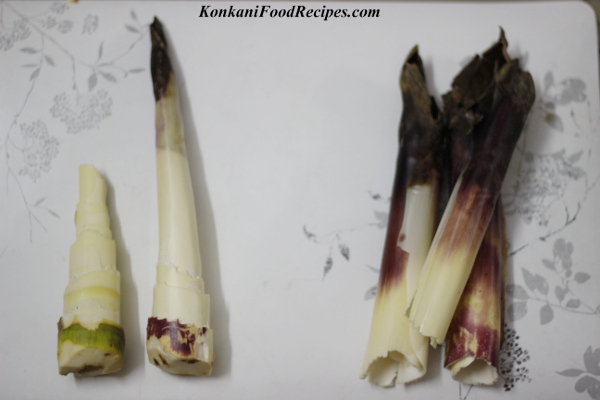 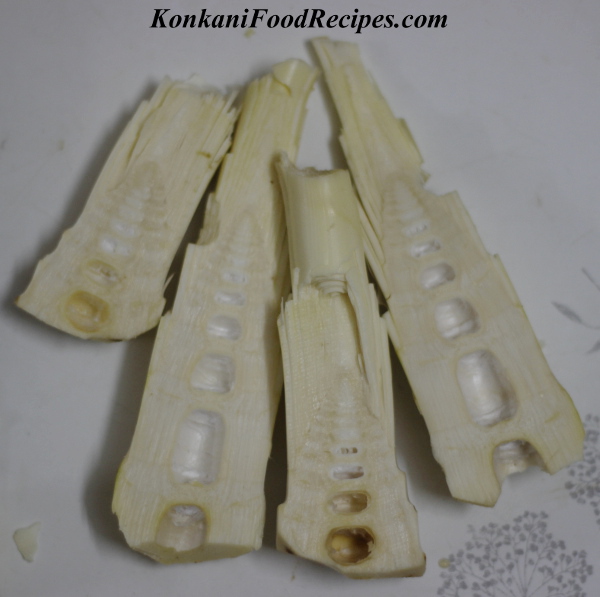 2. The inner, tender bamboo shoots are then finely chopped. Keep them in water for two days. Change the water daily. Use these bamboo shoots on the third day to prepare keerla chakko. 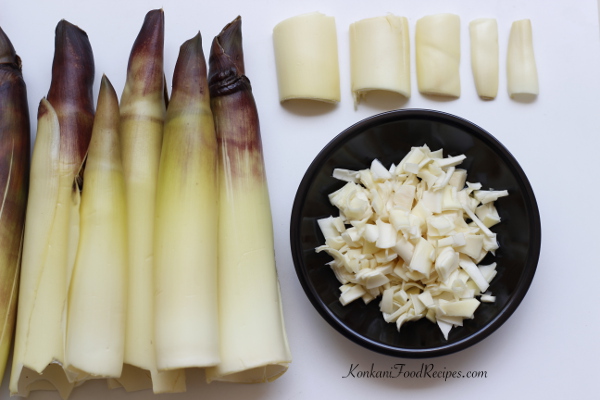 Only the soft, inner, thin layers of bamboo are used to make this dish. All the outer, thick, layers of the bamboo are peeled off and thrown away. 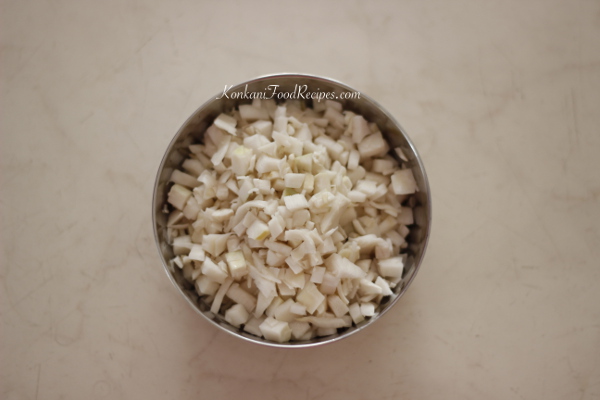 3. Drain all the water, pressure cook the chopped bamboo shoot with salt and enough water (1 cup) for one whistle. The fresh bamboo shoots remain crunchy even after cooking.

The bamboo pieces change a little in colour. They turn from white to off-white.

4. After cooking the bamboo shoots, drain all the water that was used to cook them in and keep the cooked bamboo shoot pieces aside.

6. Once they cool, grind them with coconut, salt, jaggery and tamarind into a smooth paste, using as little water as possible.

Jaggery is added for taste so adjust the quantity you add according to your taste. You can even skip it if you want the side dish to be completely spicy. If your using Indian hog plum (ambado in Konkani) then you can emit tamarind while grinding as the sourness comes from the hog plum.

9. Once the masala gets a little dry, add the cooked bamboo shoots and simmer until it gets very dry.

10. Remove off heat and serve hot with rice.