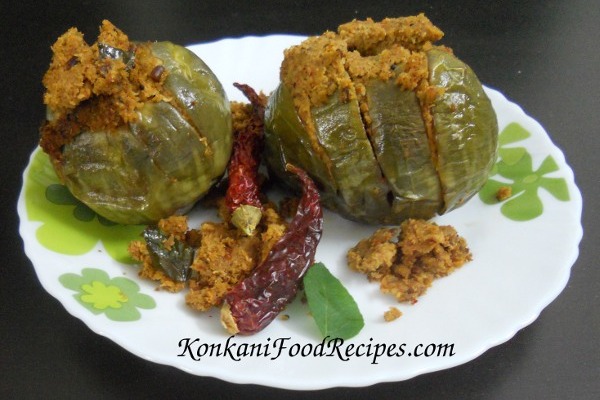 Udupi matti gullas are a special type of brinjal that grows in & around Udupi regions of Karnataka. Udupi Brinjal or Gulla, Mattu Gulla or Matti Gulla are delicious, unique, green brinjals from a place called Matti near Udupi. They have centuries-old legacy and are believed to be one of the tastiest variety of brinjal. They are called gull in Konkani, gulla in kannada. Badanekayi is the text book name. You can read more about matti gulla here. 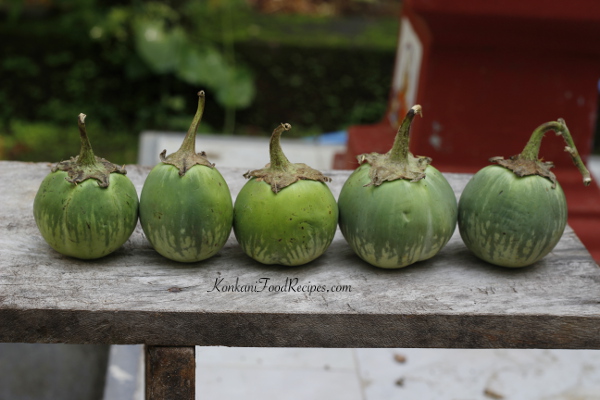 These tiny, tender green brinjals are very tasty compared to the other varieties of gulla, which tend to get bitter. These small matti gulla are used to prepare sagle. A spicy, sweet coconut masala is stuffed into whole brinjals and they're cooked whole until they're softtt & juicyyy. A great side dish that goes well with rice and dalithoy, jeere meere saar.

Sagle is a dish made using whole veggies. Saghle can also be made with okra/ladys finger. It's then called benda sagle. Sagle has coarsely ground sweet, spicy coconut masala with a vegetable in it.

Udupi matti gullas are best suited to make gulla sagle. However, you can also make gulla sagle using any other variety of brinjal. If they're bigger in size, then chop them into pieces and use them.

Wash the brinjals, cut off the stem portion. Cut the brinjals as shown in the photo only upto 3/4th of the brinjal so as to stuff the masala through the slits and the brinjal remains intact due to a whole bottom. 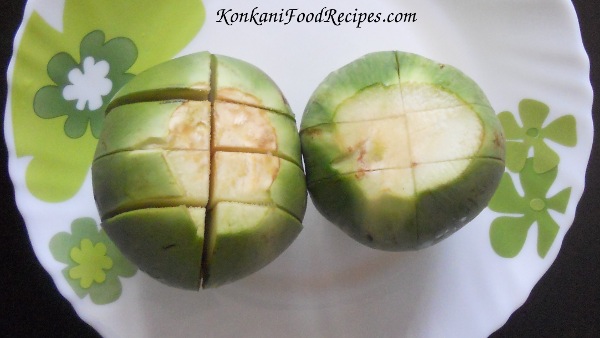 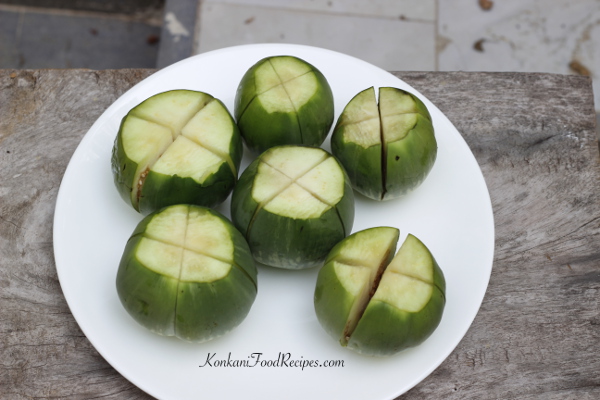 Put cut brinjal in water with a pinch of turmeric and salt and keep aside for 15-20 mins. This removes any bitterness that's present in the brinjals.

Heat a teaspoon of oil in a frying/tempering pan, add in 1 teaspoon of urad dal, corainder seeds. Fry till the urad dal starts to brown. Then add 5 dried red chillies and saute for few seconds till they are fragnant. Put off the flame when you get the aroma of fried urad dal, coriander and red chillies. That's when the urad dal has just browned. Red chillies will continue to get fried in the pan. Transfer them to a plate and let them cool.

Once they cool, grind them with coconut, jaggery, salt and tamarind into a coarse paste using as little water as possible. Keep it aside.

Meanwhile drain water from slit brinjals, stuff ground masala into brinjals through the cut slits. (do this prep first if needed before seasoning the pan.)

P.S: Brinjal starts to oxidise, blacken on exposure to air, so keep them dipped in water until then.

After few minutes, rotate brinjals. Be sure to allow some water at all times at the bottom of the pan until brinjals cook through or else they tend to stick to the bottom and get burnt. So add little water if needed at frequent intervals.

Repeat previous step until brinjals are nicely cooked & soft. The consistency in the end is usually between dry to semi-thick. More towards dry consistency.