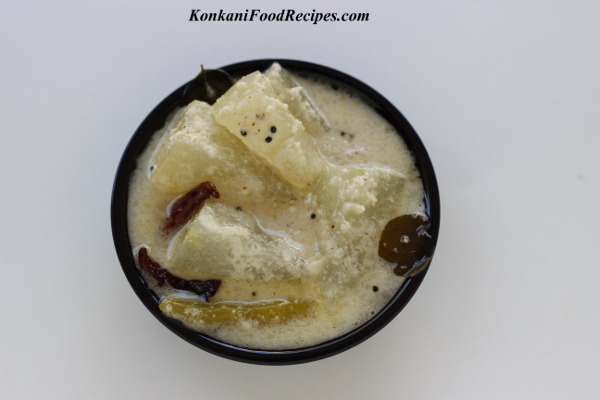 Peel the ash gourd and remove off the middle portion containing seeds.

Meanwhile grind grated coconut with a cup of water into a smooth paste.

Add it to the coooked ash gourd in a cooking vessel.

Simmer for few minutes and remove off heat.

Heat oil in a tempering pan, add mustard seeds and let them splutter. Once they start popping, add small pieces of red chillies and curry leaves. Add this seasoning to the curry and mix well. 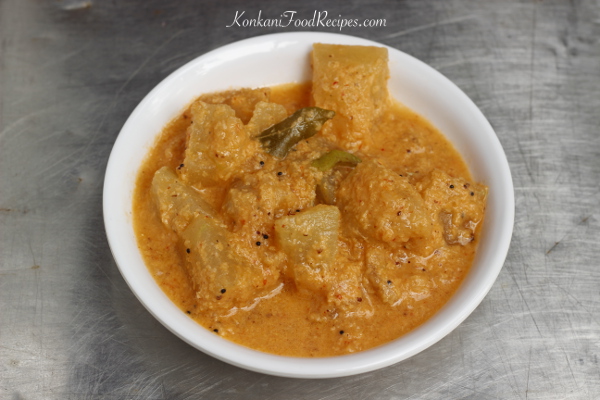