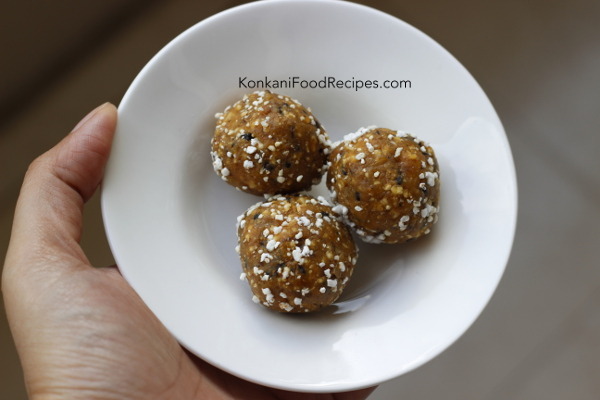 In many Konkani households of Udupi, Mangalore region, chickpea flour ladoos are made and served as Naivedyam to Lord Krishna on Krishna Janmastami. These ladoos are a mixture of chickpea flour, puffed paddy, jaggery. They are flavoured with cashews, dried coconut, sesame seeds fried in ghee. These ladoos are an absolute delight to eat while they are hot or cold. They can be stored for months together if they are made right. Below are the steps to make them.

Prep before you start making ladoos:

If you use fresh coconut instead of dried coconut then the ladoos tend to get spoilt fast. When you use properly sun dried coconut, you can store these ladoos for months. 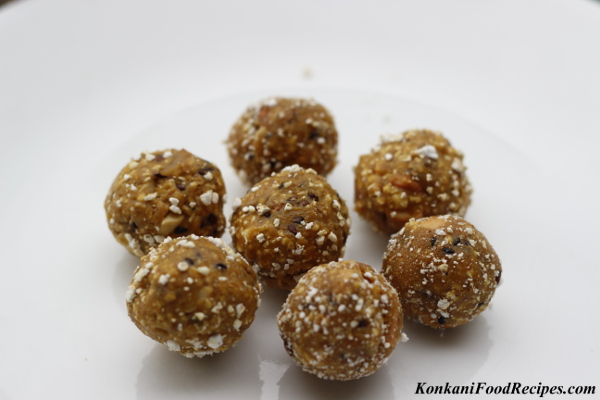