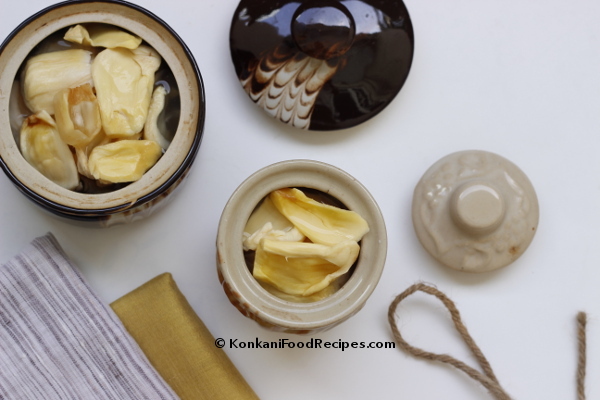 Pickling is the process of preserving or expanding the lifespan of food by anaerobic fermentation in brine. The resulting food is called a pickle. Raw jackfruits are pickled in salt to store the season's glut for year long's use. When the right jackfruit is pickled with care, it can be stored for years together, without them getting soft with time. Pickled jackfruits are traditionally stored in ceramic jars called as 'bharni' in Konkani. 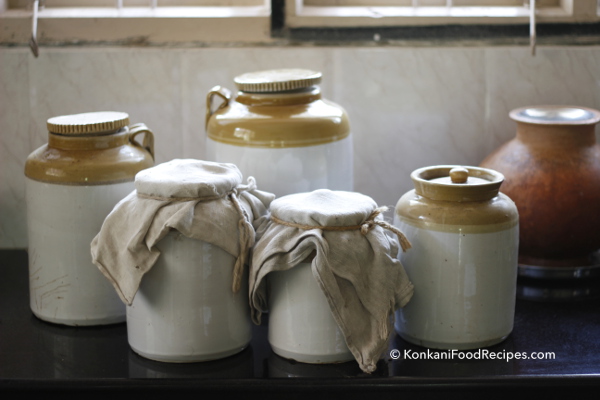 Watch how they're pickled here:

1. Use the variety of jackfruit that has pods with firm and thick flesh. If you pickle raw jackfruit pods with thin or soft flesh, they tend to get soft within a few months of pickling and won't be of any use.

2. Finding raw jackfruit in the right stage of development to pickle is important. By looking at the thorns on the peel of the jackfruit, will you know how mature or tender it is.

Raw jackfruits that are pickled are off-white or pale in colour. 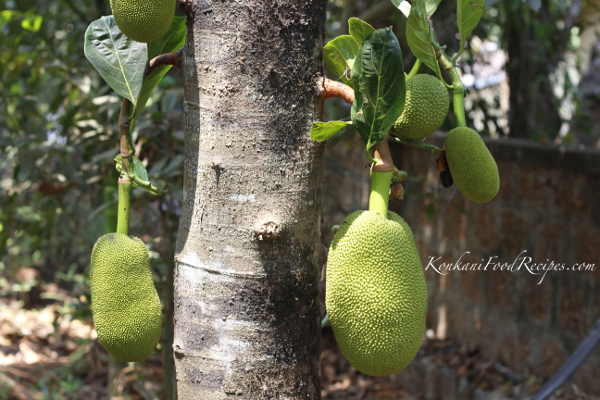 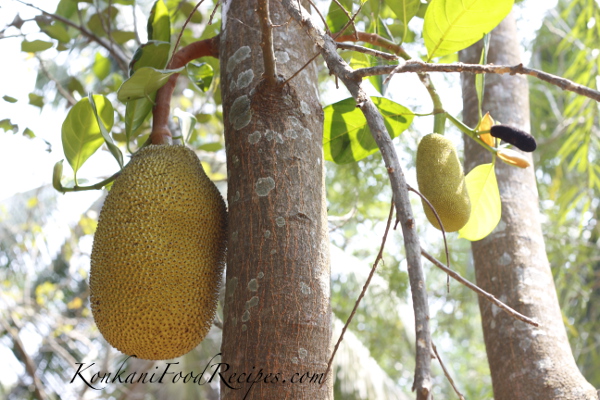 1. Spread out 3 layers of newspapers on the floor or on your table. It's a pain to later clean the jackfruit sap sticking to floor/table.

2. Apply generous amounts of oil onto your knife/sickle blade and onto your hands to prevent jackfruit gum from sticking to your knife, fingers and hands.

3. Chop raw jackfruit in the middle into 2 halves, wipe clean the white sap that drips off using a tissue paper. 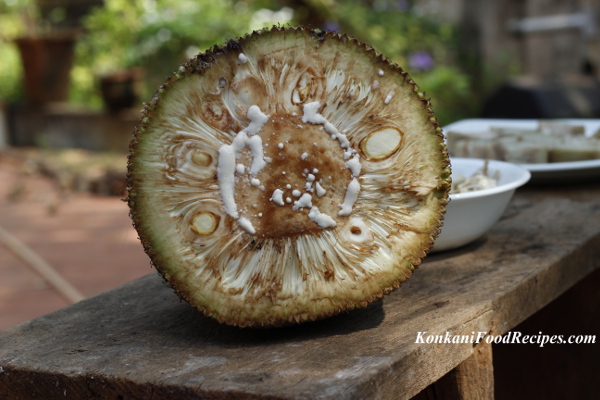 4. Chop each piece further into halves depending on their size. Clean off the sticky sap using tissue papers. These halves are called as 'shedo' in Konkani. 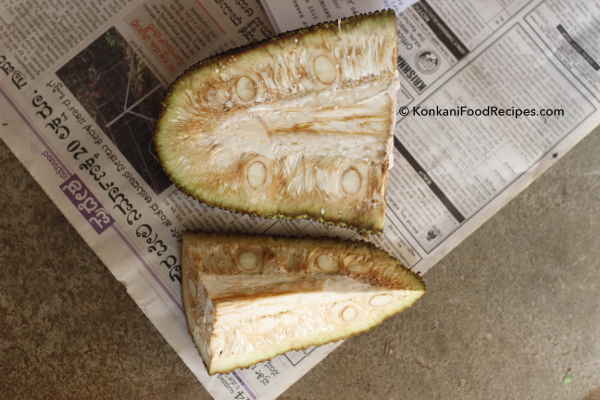 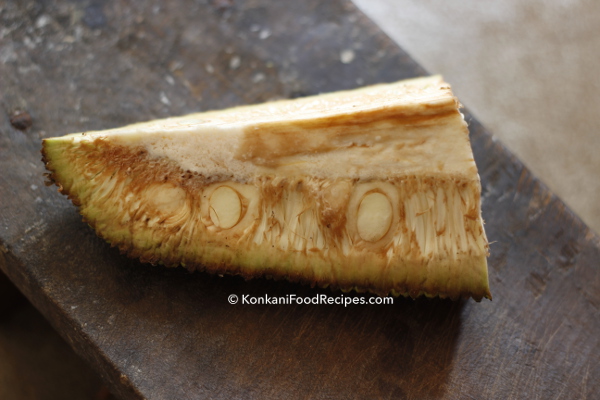 5. If there's excess gum oozing out of the jackfruit, clean it using a paper towel. Or it'll make your chopping board messy and sticky.

7. Chop off the inner core portion of the jackfruit, from each of the slices. The inner jackfruit core is the hard white portion at the top of each piece. 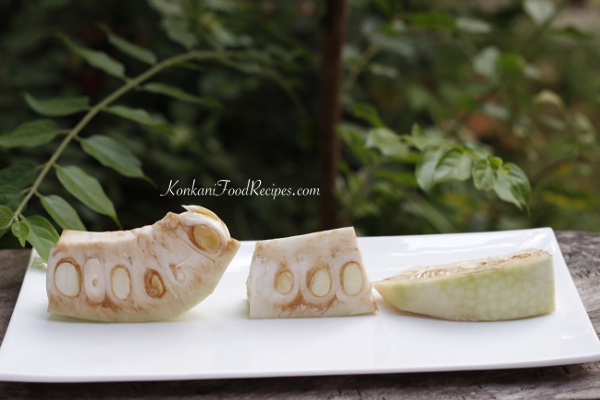 8. Now you'll be able to remove the raw jackfruit pod off its compartment using your fingers.

9. Remove off the rags that surround each jackfruit pod. Discard them.

10. Each jackfruit pod/bulb will have a seed within called as 'bikand' in Konkani. Carefully open the pods and remove the seeds out, along with its outer peel. Retain the seeds for later use.

2. Over it add a handful of raw jackfruits, then again add in a handful of rock salt and repeat until the jar is three-fourth full.

We need a little empty space in the jar/bottle to hold up the brine formed over time. Raw jackfruits give out all of its water content, salt added dissolves in it. And thus, brine is formed.

3. Keep the jar tightly closed in a cool, dry place.

4. Take care not a single drop of water gets into the jar/bottle along with peeled raw jackfruits. That will reduce the shelf life of the pickled raw jackfruits considerably and they'll tend to get spoilt fast.

6. Pickled raw jackfruits can be used within 15 days of pickling. And if they remain good and don't get soft with time, then they can be used for years.

7. Add them into a bowl of water on the day you wish to use them. Change the water every 10-15 minutes. Repeat the process using fresh water every time, for 1-3 hours to remove out the excess salt present in them. Otherwise, your dish, in the end, will turn out to be very salty. Make sure the pickled raw jackfruits are completely immersed in water.

Dishes you can make using them:

Salla sanna polo (Spicy dosas for lunch as side)