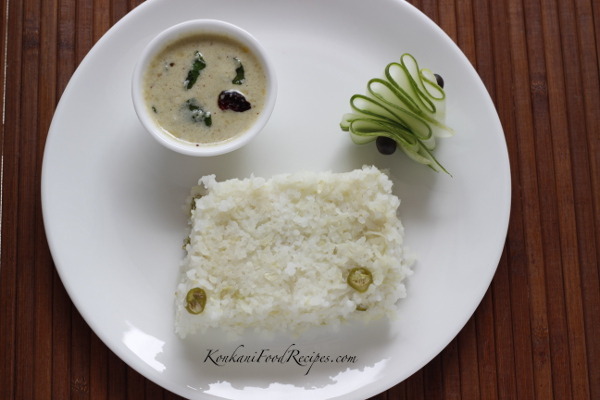 Konkani cuisine includes dosas and idlis made with cucumbers and not just cucumber salads. Suprised?

Take a look at these Konkani cuisine's delicious cucumber dosa recipes, give them a try and let me how you like them: cucumber dosa (thousali), pancakes with cucumber (thoushe doddak/thoushe bakri).

Konkani cuisine's cucumber idlis have been a scrumptious breakfast for ages. They are quick, easy to make and don't need fermentation.

Cucumber idlis are full of flavour & smell from cucumber as cucumbers add their distinctive taste and smell to otherwise normal rice idlis. Cucumber idlis are best enjoyed with a spicy coconut chutney. A nice variation from regular idlis for breakfast.

1. Wash dosa rice well. Strain out all the water.

2. Grind the rice grains for few seconds without using water so that they breakdown into pieces (called as rava). We need a mixture of powdered - peices rice grains and a nice powder of rice. So, that they cook well, fast and easily.

5. Add little water if required. We want the rice grains to be completely soaked and submerged in water, cucumber water so that they cook through.

6. Allow this mixture to stand for 15 minutes so that the rice grains soak up a little.

7. Get your steamer going in the meantime.

There should be little water content in the batter or else the rice rava doesn't cook through. There shouldn't be excess water too or else the idlis will be mushy and sticky.

If you want to steam the idli batter in banana leaves, then wilt washed squares of banana leaves on a gas flame for few seconds until they start to change their colour. Otherwise banana leaves tend to break when you fold them. Pour in a handful of batter into the banana leaf, fold around the leaf and steam for 25 minutes.

9. Remove the steamed idlis off the moulds after a few minutes of cooking and serve them hot with coconut chutney.

Side Note: You can make these idlis using store bought rice rava for a quick breakfast. In that case, you'll have to just mix together all the ingredients & steam them. However, I prefer idlis made out of homemade rice rava for it's texture. 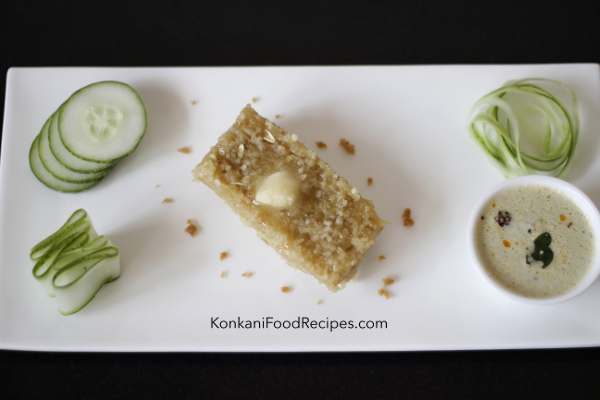 1. You can aslo steam cucumber idlis with turmeric leaves on top of the batter in idli moulds/plates for an awesome flavour and taste. 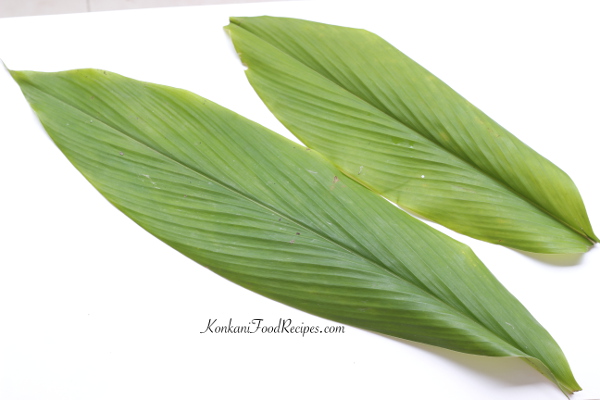 3. If you are short of time you can use store bought idli rava, instead of making rava from rice at home.

4. To make sure the idlis cook perfectly I follow these steps:

a. Wash the rice grains, strain out all the water completely.

b. Keep the rice grains closed in that vessel itself for about 2 hours or just let it rest overnight.

5. You can also make delicious cucumber dosas and cucumber pancakes.

Try out other veggie idlis: